An introduction to the Arts Backpack UK

An introduction to the Arts Backpack UK

Over the next four months, classes will be able to select activities to go into their Backpacks from our directory of online resources. This includes activities from ACA Members Theatre Alibi and Magic Lantern; Scottish arts organisations Imaginate and Scottish Opera; and national and international institutions such as Google Arts and Culture. In addition to this, each class will have the opportunity to commission a piece of online content from one of our partners in Scotland.

Everyone at ACA is so proud to be pushing ahead with this first pilot, despite the challenges presented to us by Covid-19. Although the pandemic has limited our possibilities to work face-to-face, it has truly widened the horizons of what arts and culture are available for children to experience online. We look forward to sharing these experiences with our students in Fife over the next four months.

A plea for donations:

ACA Trustee and BBC presenter Chris Jarvis has written a fantastic article about the Arts Backpack UK for Arts Professional.

What is profoundly clear from the report is that access to culture is extremely unequal across UK schools. As an organisation we are passionate about targeting those children who do not currently access arts and culture, and hope that the Arts Backpack will be a means of levelling an unequal cultural playing field. 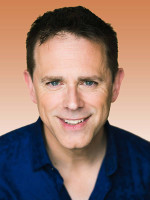 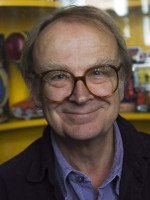 I believe that the Arts Backpack idea could be the most significant notion and possibility to have surfaced in the twenty years or more since our charity began. The idea confirms ACA’s belief that all children are entitled to attend arts events and experiences. This belief is enshrined in Article 31 of the UN Convention of the Rights of the Child.

The Arts Back Pack is a novel and appealing way of ensuring that every child can expect to experience the arts several times a year.

The idea is important for children.

It is important for parents.

It is important for teachers.

It is important for children’s arts practitioners and for companies and arts organisations – theatres, museums, concert halls, art galleries etc.

It is important for local councils, and for government. By helping to activate the intentions of Article 31, it is a way of complying with the Article and encouraging interest in the arts.

It is important for the medical profession, who regularly tell us that the arts help children’s wellbeing.

It is important for the Arts Council, who would recognise that attendances at arts events and performances would increase.

It ticks so many boxes!

The Arts Back Pack could revitalise the organisations and companies that provide arts for children, by instantaneously increasing the numbers of children able, via school and/or parent, to take advantage of the offer. In the long term, it would make children’s experience of the arts something that is part of their mainstream education, rather than an add-on or luxury, part of the cake rather than the cherry.

Click here to find out more about the Arts Backpack UK.

Arts Backpack Pilot – How to get involved

In December 2018 ACA published their commissioned feasibility study examining the idea of an Arts Backpack programme for every primary school child in the UK. An Arts Backpack would serve as a digital collection point for Arts, Cultural, Heritage and Library engagements – aiming to ensure that every child had access to at least five quality participatory experiences throughout the school year. Click here to download the report.

We are now focussing on delivering the report’s recommendations and would like to invite professionals with an interest in this UK wide programme to get in touch, and to get involved. We are looking for the following collaborators:

We are keen to link with any organisations or individuals interested in working with us on this aspect of the work. Click here to download the full pilot briefing document. Email: mimi.doulton@childrensarts.org.uk if you are interested in collaborating, funding or participating in the pilot projects.

Over the past 18 months Action for Children’s Arts (ACA) has been holding round table meetings with representatives from organisations across the UK who listen to children and allow their ideas to inform their practice. From these discussions the idea of a UK-wide initiative to promote, enhance and curate arts engagement that appeals to children, parents, carers and teachers emerged as a gap in current UK wide provision.

Looking at other Cultural Offers covering a similar scope, ACA found interesting examples of good practice across the world and from these models identified a format that may work for Primary Schools across the UK – an Arts Backpack.

In autumn 2018 ACA – with support from Arts Council Northern Ireland, ASSITEJ UK, Belfast City Council, Cambridgeshire Music, Fife Council, and two individuals – commissioned Michael Judge and Richard Freeman to explore the idea of an Arts Backpack that could be offered to every Primary School child in the UK. The Arts Backpack would serve as a digital collection and reflection point for all their Arts, Cultural, Heritage and Library engagement across the school year with an aim to ensure that each child has access to a minimum of 5 experiences each year.

ACA commissioned this study to examine the validity of the idea, to better understand if there was a case for it to develop further and if so, how that may be achieved. Part of the Conclusion of this report advises a series of Pilot Projects are undertaken to test the idea further and to better understand the concept within a variety of contexts throughout the UK. ACA is keen to work with strategic partners to develop and deliver these suggested Arts Backpack pilots.

To ensure children’s voices are co-creators in the Arts Backpack, and to create a model to support the development of all Pilots, ACA is launching a strategic partnership with Chickenshed, an Inclusive theatre company based in North London. A research group of 8 children from Chickenshed will explore a range of themes about the importance of performing arts to the 0-12 age range. Through this they will generate 5 questions for a questionnaire.

Through this scheme, a final questionnaire will be circulated by ACA to UK schools and arts organisations who may be part of local or regional pilot schemes. It will also be distributed by FIRST NEWS, The UK’s national newspaper for young people, resulting in a children’s voices adding directly into this debate.

On Saturday 4 August 2018, Action for Children’s Arts (ACA) launched the Arts Backpack UK at the National Theatre. This is a project which, if implemented, will ensure that every primary school child in the UK has at least five cultural experiences in the school year. It has been proposed to government ministers, representatives from Arts Council England and key individuals within the sector as a way to combat the diminishing role that arts subjects play in schools across the UK.

The idea is inspired by similar schemes worldwide: the Norwegian Cultural Rucksack, the Israeli Cultural Breadbasket and the German Culture Rucksack in Nuremberg. The principle is to offer every primary school child in the UK a digital rucksack, where they can collect their Arts, Cultural, Heritage and Library experiences throughout the year. The aim is to collect a minimum of five experiences.

At the National Theatre launch of this project, ACA put out the call for an individual to carry out a feasibility study. Those wishing to apply can click here to download the brief.

Action for Children’s Arts (ACA) is a national membership organisation embracing all those who believe that every child deserves access to artistic and creative activity. The charity is dedicated to the promotion, development and celebration of all creative and performing arts, for and with children. ACA is proud that its membership ranges from individual artists, to National Portfolio Organisations, to parents and teachers – all championing the cause of giving every child access to the arts.