On Saturday 4 August 2018, Action for Children’s Arts (ACA) launched the Arts Backpack UK at the National Theatre. This is a project which, if implemented, will ensure that every primary school child in the UK has at least five cultural experiences in the school year. It has been proposed to government ministers, representatives from Arts Council England and key individuals within the sector as a way to combat the diminishing role that arts subjects play in schools across the UK. 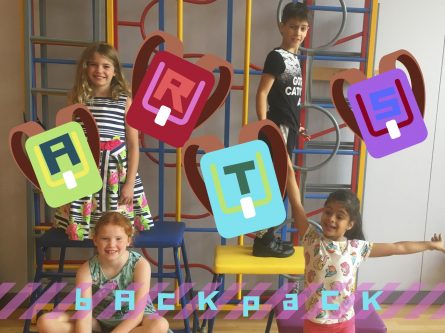 The idea is inspired by similar schemes worldwide: the Norwegian Cultural Rucksack, the Israeli Cultural Breadbasket and the German Culture Rucksack in Nuremberg. The principle is to offer every primary school child in the UK a digital rucksack, where they can collect their Arts, Cultural, Heritage and Library experiences throughout the year. The aim is to collect a minimum of five experiences.

At the National Theatre launch of this project, ACA put out the call for an individual to carry out a feasibility study. Those wishing to apply can click here to download the brief.

Action for Children’s Arts (ACA) is a national membership organisation embracing all those who believe that every child deserves access to artistic and creative activity. The charity is dedicated to the promotion, development and celebration of all creative and performing arts, for and with children. ACA is proud that its membership ranges from individual artists, to National Portfolio Organisations, to parents and teachers – all championing the cause of giving every child access to the arts.