Catch Up: a reflection from ACA Trustee Janna Balham 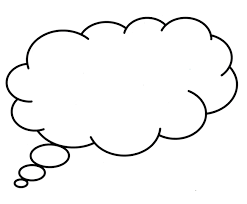 With Sir Kevan Collins having been appointed the government’s first Education Recovery Commissioner or ‘Catch Up Tsar’, I’ve been wondering about the term ‘catch up’ when the world has been paused. The term is a problematic one.

Boris Johnson stated in a press release that he was determined that no child would be left behind as a result of the pandemic. That is a good sentiment but my fear is that he thinks we are running a race. We’ve all fallen behind. Trauma, anxiety, depression, mental and physical health are amongst the many casualties. So why not stop to put ourselves back together, rather than pushing children ‘to catch up’ with the formalities of learning on a playing field that was never very even to start with. Perhaps we need to fill in the cracks, or even better – build a new playing field.

I understand the focus on recovery. My hope is that we follow the advice of child psychologists and have the ‘summer of play’ that experts suggested. However, with advisors now looking into longer school days and shorter holidays the emphasis doesn’t seem to be on recovery but on ‘catch up’. As a therapist working in schools, I see first-hand how traumatised children cannot simply ‘catch up’, but need to be creative, play, and use the arts to express themselves and explore their feelings before they can begin to absorb formal learning. This takes time. It is not a race. Children who have lived through war do eventually learn again, but mental health needs to first be acknowledged and treated with care.

After World War 2, the government’s focus was on welfare and community. But as technology and consumerism took over, the education system had to respond to needs associated with industrialisation and childcare rather than child development.

Our politicians finally have a chance to align education with child development, and they can start at the very beginning. Our early school starting age in comparison to other European countries has always been debated. Do children have ‘a head-start in the race?’ Or are they missing out on fundamental time to play, explore and spend time with their primary carers as child development experts have suggested?

Sir Kevan Collins has an unenviable task ahead of him but this is a huge opportunity if we really focus on ‘recovery’ and healing rather than on ‘catching up’.

Janna is a Trustee of ACA, a registered therapist and child counsellor.