A series of videos documenting how to design and build your own video games. Here is the first episode follow the Youtube link to explore the whole series. To find out more about the resources offered by bafta please visit their website. http://www.baftakids.org/

Action for Children’s Arts is delighted to announce that Anna Home OBE has been named as the recipient of the 2020 JM Barrie Lifetime Achievement Award. 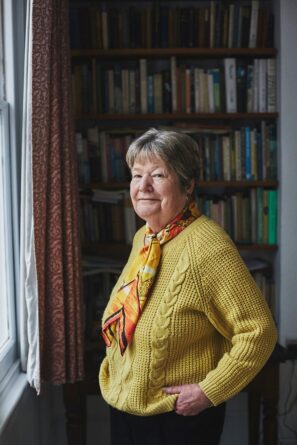 This is in recognition of her outstanding contribution to children’s television. In a distinguished career spanning over 30 years at the BBC and ITV, Anna developed and commissioned programmes including Jackanory, Grange Hill, and Teletubbies. Anna is now the Chair of the Children’s Media Foundation, and a Patron of Action for Children’s Arts.

‘Thank you to ACA for this award. I am honoured to join the distinguished list of previous winners. The work ACA does is crucial, particularly now, in ensuring that children have access to, and participation in the arts – both inside and out of school.’

Anna will be presented with the award at a special online ceremony on 19 November 2020. She will be joining a roster of previous winners that includes Baroness Floella Benjamin DBE, Sir Philip Pullman CBE, and Stuart and Kadie Kanneh-Mason. The Award is given annually to a children’s arts practitioner or organisation in recognition of a lifetime’s achievement in delighting children.

We have twenty-five free memberships to give away to emerging artists and underrepresented voices!

We are the national voice of children’s arts in the UK. A voluntary organisation working with partners across the four nations to campaign for the right of every child to have access to the arts both in and out of school, regardless of their circumstances. We connect children’s arts practitioners, teachers, and thinkers. We celebrate YOUR work at our annual JM Barrie Awards.

As an ACA Member, you will be joining a network of over 150 freelancers and organisations from the children’s arts industry. Other benefits include:

We strongly encourage applications from those who are currently under-represented in our industry.

Please email mimi.doulton@childrensarts.org.uk to apply. Memberships will be distributed on a rolling basis.

Click here to find out more about our current bursary members.

Lorem Ipsum is simply dummy text of the printing and typesetting industry. Lorem Ipsum has been the industry's standard dummy text ever since the 1500s, when an unknown printer took a galley of type and scrambled it to make a type specimen book. It has survived not only five centuries, but also the leap into electronic typesetting, remaining essentially unchanged. It was popularised in the 1960s with the release of Letraset sheets containing Lorem Ipsum passages, and more recently with desktop publishing software like Aldus PageMaker including versions of Lorem Ipsum.

more information on bbc Click here to find out more

This is an option. What is it you want to do?

Lorem Ipsum is simply dummy text of the printing and typesetting industry. Lorem Ipsum has been the industry’s standard dummy text ever since the 1500s, when an unknown printer took a galley of type and scrambled it to make a type specimen book. It has survived not only five centuries, but also the leap into electronic typesetting, remaining essentially unchanged. It was popularised in the 1960s with the release of Letraset sheets containing Lorem Ipsum passages, and more recently with desktop publishing software like Aldus PageMaker including versions of Lorem Ipsum.

A Statement for the UK

Please read below this statement from Inc Arts.

Throughout August more than 1,000 people took Inc Arts’ #BAMEOver survey, and on 4th September over 250 people came together to reset the terms of reference for people with lived experience of racism.

We set out to answer the question, ‘What do we want to be called?’

Through our discussion we’ve come up with a guide to terminology, for use by everyone who wants to be an effective ally and wants to avoid causing further harm through the use of casual and inaccurate language.

Here are our preferred terms of reference for people in the UK. We urge you to use them and share widely.

We do not want to be grouped into a meaningless, collective term, or reduced to acronyms.

We are people who experience racism.

#1: Language is evolving. Deal with it. The terms we’ve agreed today may change in the future. Times change: come with us.

#2: Collective terminology is necessary: acronyms are not. Nobody wants to be reduced to an acronym. Especially an acronym that is inaccurate.

#3. We reject BAME. The term unhelpfully blends ethnicity, geography, nationality - and in doing so erases our identity and reduces us to an ‘other’.

#4. We reject ‘Minority: we are the global majority. And we reject ‘ethnic’. This terminology is centred on you seeing us as different.

#5. Call us by our name. Be specific. Understand the terms you use.

#6. We’re people first. Not a colour. Not a continent. Never say ‘blacks’ just as you wouldn’t say ‘whites’ (unless you’re talking about washing).

#7. People of Colour is a US term, as is ‘Black, Indigenous and People of Colour’. In the UK for many people over 35 this has uncomfortable resonance with the racist terminology ‘coloureds’. The ‘colour’ of one’s skin is not what we have in common, it is our lived experience of racism directed against us.

Here’s what to say…

‘Asian’ can erase millions of people by not reflecting the rich diversity of culture and ethnicity that is in the continent. There’s a huge diversity of experience of oppression faced by those the term refers to.

Many black people don’t object to being called black: for others it is not accurate enough.

Black is a political term, best used by those who meet the conditions of its description.

It speaks of collective action against racially motivated oppression. It includes those of African and Caribbean heritage.

If you mean Africans born in Africa, say so. If you mean third generation Caribbeans, say so.

Instead of ‘black’, use

‘African’ for those born in the continent,

‘African diaspora people’ for people of African and Caribbean heritage,

Or ‘People of African or Caribbean heritage’

What a mess. Let’s talk about who we mean.

There are many who experience oppression through racist action, including those of Romany heritage, or Irish traveller heritage, or Jewish heritage and some within this definition who are definitely not a ‘minority’ including Latinx– people of Latin American heritage, cultural and ethnic identity, and many more.

If you’re thinking of using these terms, ask yourself: do you mean those living in the UK? Or those born in the UK? If it’s relevant, say what you mean.

Let’s not erase the experiences of migrant communities. Phrases like ‘people of X heritage’ or ‘of the X diaspora’ includes migrant people without erasure.

Too many words? Want an easy acronym? A simple collective term?

There isn’t one. We choose not to be reduced to an inaccurate grouping.

But what we have in common is that we are…

What if you don’t know?

If you’re referring to ‘people who are ethnically and culturally diverse, and who experience racism in our society’ be sure to qualify it with detail of who you are talking about: Latinx people? Romany traveller heritage people? Don’t use as a catch all without further detail.

All too difficult? Can’t be bothered?

The difference between saying ‘BAME’ and ‘people of South Asian heritage’ or ‘people who experience racism’ is approximately 2 seconds.

2 seconds is not too much time to devote to taking positive anti-racist action on a daily basis. Remaining actively conscious of the language we use is a powerful act of allyship.